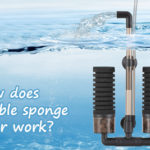 How Does Double Sponge Filter Work 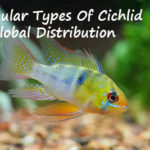 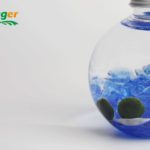 Things You Need to Know about Axolotl

The Axolotl is a newt with no frontal scaly arcs and a biconcave vertebral body. The ribs on the side of the body are obvious. Most species of adults are mainly terrestrial, living in caves. It is can be widely found in southeastern Alaska in the north and the Mexican plateau in the south. Because of its cute appearance, it is often kept as an ornamental fish.
What is Axolotl?

Mexican axolotl (English name: Axolotl), also known as American axolotl, is an aquatic amphibian and a species endemic to Mexico. In nature, it can only live in muddy waterways and lakes. It is famous for its unique appearance and larval sexual maturity. That is to say, even after sexual maturity, it will not change to adapt to the land, and it will still maintain its aquatic body shape.

Although it is bred as a pet in the world (especially in North America and other places), its native habitat has been extensively developed, causing sandification of the lake bottom, destroying the silt of the lake bottom. The living area is no more than 10 square kilometers. It is rated as a critically endangered species on the IUCN Red List.

The length of the Mexican axolotl is about 25-30 cm, dark brown with black spots. Albinos, white mutants, and other colored mutants are common. The limbs and feet are very small, but the tail is quite long. The dorsal fin extends from the back of the head to the tail. The pelvic fin extends from the middle of the two hind limbs to the end of the tail. They can regenerate most of the limbs on the body, and their varied body color is also one of their charms. It is said that there are more than 30 species in the world. There are individuals with primary colors, albino black eyes, albino red eyes, and gold.

What does Axolotl eat?

Mexican axolotl is an omnivorous animal. Its main food includes algae, worms, insects or small fish, and a small number of other fish feces. In terms of feeding, you can feed a variety of easy-to-find foods, including dried rice, noodles, chicken, pig brain, chicken liver, and various fish. For convenience, you can also feed frozen or fresh blood worms, earthworms, and wax worms. Be aware that animal protein is not easily digested. The juvenile axolotl can be fed with daphnia, shrimp, or fish (cut into small pieces) until it grows up to eat larger foods.

Axolotl uses its sense of smell to find food. They will adsorb to the food and use the vacuum force in the stomach to suck the food. Therefore, the juvenile axolotl cannot be kept with other animals. They will bite each other, even if they are of the same kind, but it is possible to raise adult axolotl together. Fish will bite Axolotls’cheeks while they are sleeping and cause inflammation of Axolotls.

Food to feed to Axolotl at different age:

Can Axolotl be kept with other species?

Poly culture with all fish, shrimp, tortoises, etc. is forbidden. Small fish‘’s mouth needs to be cut before feeding to Axolotl, or the gills of Axolotl will be eaten up, and their skins will lose flesh or even death. The axolotl will secrete mucus and cause the pleco to suck on the body. The result is that a piece of meat of axolotl will be sucked off by pleco.

Even if the grown-up Axolotl are raised together, they must be fed until they are full. Can put live animals in the fish tank, such as bloodworms, small fish with their mouths being cut. The Axolotls that are too different in size should not be kept together. There have been cases in which large Axolotl swallowed much smaller ones.

The Reproduction of Axolotl

Most species of Axolotl are mainly terrestrial, living in earth caves. The axolotl is a well-known “mature juvenile” species of amphibians (from birth to sexual maturity and spawning, all are juvenile forms). He lives in the water all his life, and also lays eggs in the water. More than 200 eggs are laid at a time. Please consider carefully before putting male and female Axolotl together, otherwise, the laid eggs will not be taken care of and they will die. After all, these eggs are also lovely life that was born one by one.

They have been kept for more than a hundred years, and they are mainly used as living organisms for endocrine experiments. Therefore, research on their breeding and reproduction has been almost completely established. If you want to see them, you can go to the aquarium pet shop.

How to keep Axolotl?

The axolotl is an aquatic amphibian and can regenerate a broken body. The average life span can reach 10 to 15 years. Axolotl is carnivores, and their main foods are worms, insects, or small fish. A variety of easy-to-find foods can be fed to them and the foods including chicken liver, fish, bloodworms, earthworms, bread worms, etc. Axolotl relies on their sense of smell to find food, they will “adsorb” to the meat, and use the vacuum force in the stomach to suck the food.

In addition, the bottom of the tank generally needs to be covered with fine sand or big stones, which can help the Axolotl to grip the ground hard, and on the other hand, can plant water plants. Axolotl has poor eyesight and is easy to swallow things, so choose stones that cannot be swallowed, and fine sand can be expelled if swallowed.

Ensure clean water quality. The axolotl is a non-scaly vertebrate. Poor water quality is prone to gill diseases and skin diseases. In addition, you should be careful with Axolotl. If the water quality is not good after the body is scratched, it is easy to get bacterial diseases.