How To Remove Planaria From The Aquarium

Have you ever found planaria in your aquarium? In fact, planaria are able to regenerate. Specifically, even though a planaria is cut into several pieces, each piece can regenerate into a fully independent one. Sounds tricky, right? Take it easy. This article will walk you through more information about planaria, like what is planaria, and how to remove it.

What are planaria in an aquarium

Belonging to the Planariidae family, planarias are small flatworms. In general, most planarias can reach about 0.5 inches. Besides, featuring a triangular head and two eyespots, their bodies are flat. And brown, white, and dark planarias are commonly found in aquariums. Moreover, planarias prefer living in soil, plants, stones, or other aquarium decorations. However, planarias are harmful to the aquarium, and they are classified as pests in aquariums. Here are some bad effects of planarias in an aquarium:

Remove planaria from an aquarium

Planarias would produce fast and spread around the aquarium. As a result, you’d better remove them once you found one in your aquarium. This segment will cover some ways to remove planaria from an aquarium.

First of all, remove your fish and other aquarium creatures to another tank. Then suck out the planarias on the substrate, rocks, plants, or other objects with an aquarium vacuum. After that, you can clean your aquarium and aquarium supplies, and refill new water in your tank.

Planaria traps can be in various shapes and are usually made of glass. Just prepare a lure in the trap, like mosquito larvae, bloodworms, and other food, to bait planaria entering the trap. Place the trap in your aquarium, and remove it until the planarias are trapped. However, planaria traps may only make sense in planaria population control.

When you notice planaria in your aquarium, you should check whether there is uneaten food. And then remove the uneaten food with a gravel cleaner. It can limit planaria breeding. The fewer the planaria, the easier to remove.

Adding table vinegar can be one solution for most pests in an aquarium. Nonetheless, the vinegar may be damaging to fish or plants. Thus, it is best to remove them from the aquarium before adding the vinegar. After that, you can add a weak vinegar solution to tanks with planaria.

Adding table salt is an effective method. And it is easy. Just mix 1 gram of table salt with 1 liter of water. Nevertheless, the same as table vinegar, table salt may also be detrimental to fish, aquarium creatures, and aquatic plants. Consequently, you should remove them before taking action.

Diverse medications are available to get rid of planaria, for instance, No Planaria Control and other dewormers. Attention here, you should use medications according to the instructions. Otherwise, it might cause stress to your fish or even kill them.

In the previous segment, we mentioned some methods to remove planarias in an aquarium. On the other hand, planarias can be a food source for some aquarium fish, such as Angelfish, Rainbowfish, Gourami, and tiger barb. Thus, you can also introduce some fish to deal with the planarias. 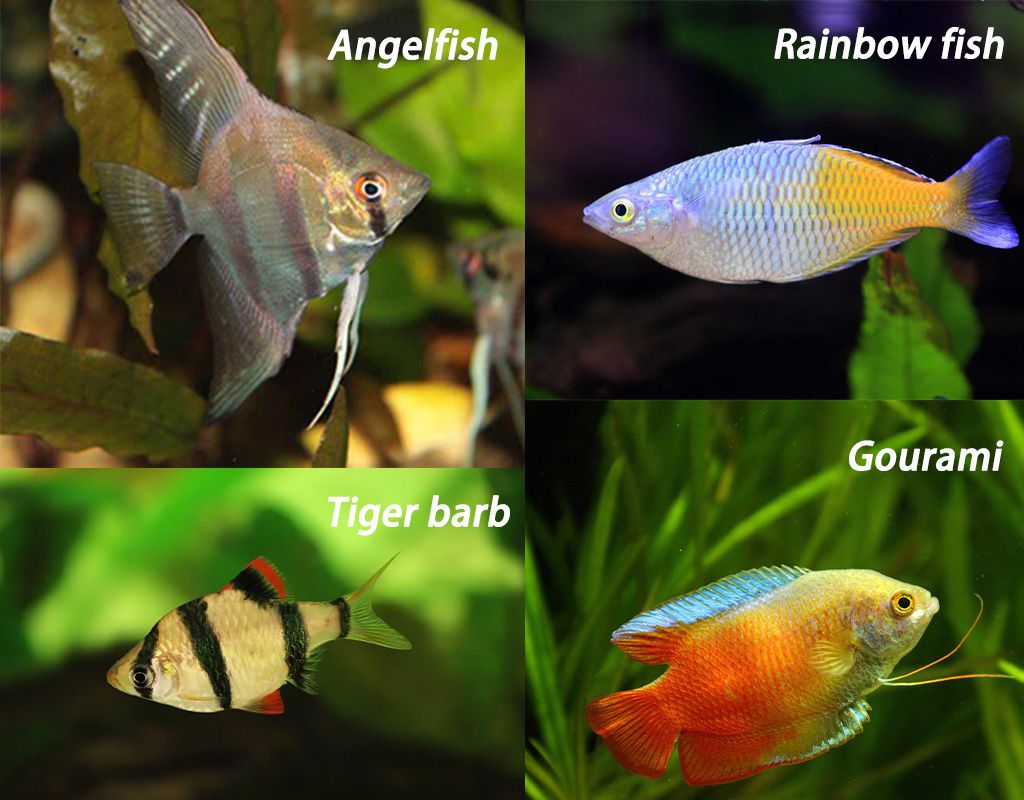 Angelfish is popular freshwater fish, and it belongs to the Cichlidae family. It is an omnivore. Sometimes, it can be aggressive. And it should be kept in a 20-gallon tank at least. Furthermore, angelfish plays a role in palanaria population control, because planarias are one food source for angelfish.

Gourami is freshwater fish, which belongs to the Osphronemidae family. And it is omnivorous. 10 gallons is the minimum tank size for gourami. Additionally, the same as angelfish, gourami only helps to decrease the number of planarias, rather than eliminating them.

Being one kind of freshwater fish, the Tiger barb belongs to the Cyprinidae family. Also, Tiger barb is an omnivore. And it is an excellent alternative to feast on planaria. It can be kept in a minimum tank size of 20 gallons. On the other side, tiger barb is semi-aggressive. As a result, it may not ideal for all aquariums. And you should be cautious when choosing tank mates. For example, betta, gourami, and angelfish tanks are not feasible.

Although there are remedies for planaria, it is best to prevent its appearance. The following are some suggestions: