How to Cycle Water in the Fish Tank

Before adding fish to any aquarium, the water in the aquarium must be cycled first to prepare it to decompose the pollutants discharged by the fish. This process is called water cycling.

Why cycle the aquarium water?

Fish produce pollutants when they breathe and excrete. In the wild, these pollutants are “washed” and diluted by a large amount of water in the fish’s living environment. Fish are not adapted to living in their excrement, because the aquarium is limited in size, which poses a challenge to fish keepers. After all, fish continue to pollute the water they are in, but at the same time cannot tolerate living in contaminated water.

The filter can treat the mechanical and solid pollutants produced by the fish, and help to purify the water, but the real decomposition of the harmful waste of fish is done by the invisible bacteria. Water cycling is the process of introducing bacteria, which provides a home for bacteria and establishes bacterial communities in the water. Hygger bio media can host beneficial bacteria.

A smart fish keeper will often tell you that to keep fish well, you must first cycle the water well. To maintain a healthy community of beneficial bacteria, the water flowing through the filter or the oxygen bubbles of the air stone can provide a good home for the bacteria. Bacteria also need to breathe. 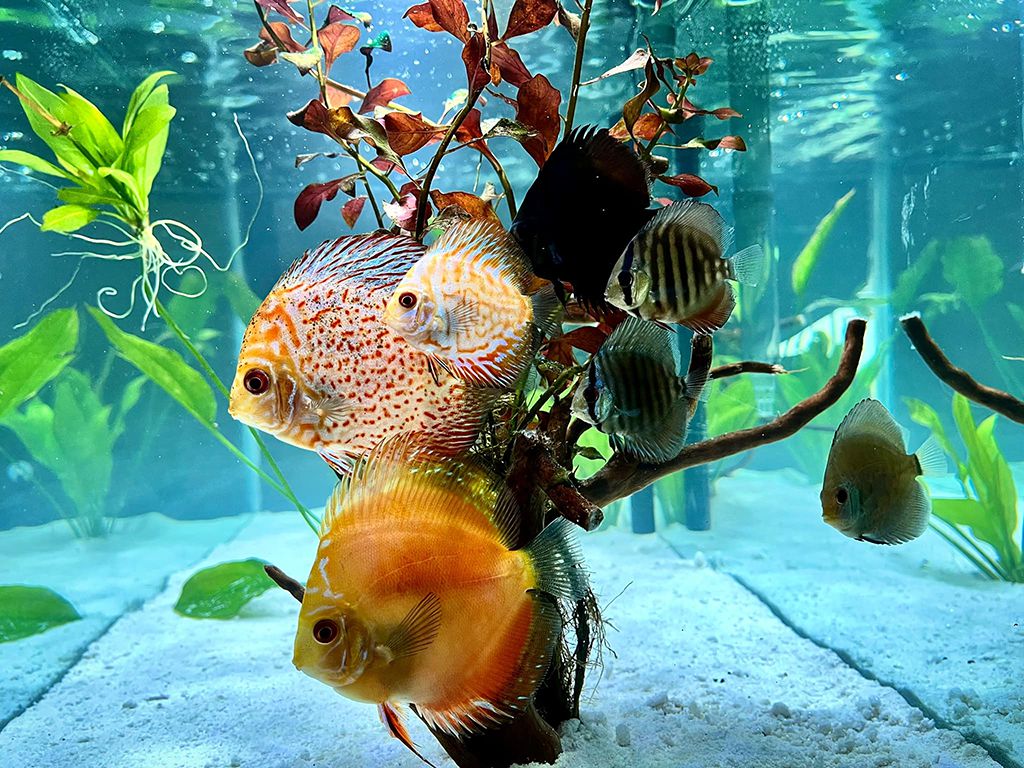 How to cycle aquarium water?

Once the aquarium is full of water, the filter is turned on, the water is dechlorinated, and it is ready to cultivate bacteria. Chlorine and chloramines kill bacteria, so they must be removed before cycle the water. Next, you need to introduce the correct type and quantity of bacteria. The easiest way is to buy a ready-made bacterial mixture, and then pour the bacteria into the water according to the instructions.

Without the contaminants of fish, the bacteria would have nothing to eat, their numbers would decrease, and eventually, they would die. The simple method is to introduce some fish. The quantity of the introduced fish must ensure that the pollutants discharged by the fish can be effectively removed by the new bacterial colonies. Otherwise, the water quality may change, posing a threat to the fish, or even killing the fish.

The safest way to cycle water without fish is to introduce bacteria to establish an effective bacterial community for the fish. Fish-free water culture includes feeding bacteria by simulating the presence of fish to add bacteria and synthetic ammonia.

You can buy synthetic ammonia directly, or you can buy ammonia that is harmless to fish from an aquarium store.

Aquaculture without fish is the most ethical way to cycle the water in the aquarium because the fish are not exposed to any contaminants. The use of healthy fish in the tank is considered unacceptable.

When there is no fish in the water, you need to check the water quality every day and record the ammonia level, then the nitrite level, and finally the nitrate level. Only when all the ammonia and all the nitrite have disappeared, it indicates that the aquarium has successfully cycled water and can raise fish. The cycling process may take several weeks.

Other ways to cycle aquarium water

There are also “live” substrates on the market that are packaged with water, which is combined with bacteria and food to maintain the vitality of the substrate during transportation. These can be used to increase the level of bacteria in existing aquariums or to bring start-up organisms to new aquariums.

Add fish to an aquarium

But the author’s opinion is that these products should be used with caution, a little patience, and slow water replenishment will be better in the long run. But this kind of starter does have some practical advantages, such as the need to replenish the bacterial population after the drug is used, or when the filter material covered with bacteria is accidentally over-cleaned and replaced with a new filter material, it is helpful to supplement with some such bacterial fermentation strains.

What is New Aquarium Syndrome

If the fish is introduced too early when setting up the tank, a common problem will occur. Fish begin to discharge pollutants, but the bacteria are not sufficient enough to decompose them, which makes the pollutants in the water body reach a dangerous level, making the fish sick or even dead. A new aquarium might have water quality problems. Putting a lot of fish too early indicates that the aquarium is suffering from new aquarium syndrome.

Do not add mature bacteria liquid to untreated tap water. The chlorine in tap water will kill both good and bad bacteria.