How to Use Wave Maker in Aquarium

Water flow is the essence of a fish tank

Besides being a necessity for saltwater creatures, water flow is also very meaningful for the tank itself: garbage in the tank, nutrient salts that may be deposited to mineralize the tank, dust on live rock, etc., all need proper water flow to carry them away from the main tank. Keep your main tank clean and beautiful.

The fish tank needs a strong but soft turbulent flow. These currents can blow away the few parasites on the fish’s skin and keep the fish moving and healthy. Also it can bring the garbage in the tank to the filtration system in time.

The accumulation of garbage at the bottom of the tank may be caused by poor water circulation in the tank. 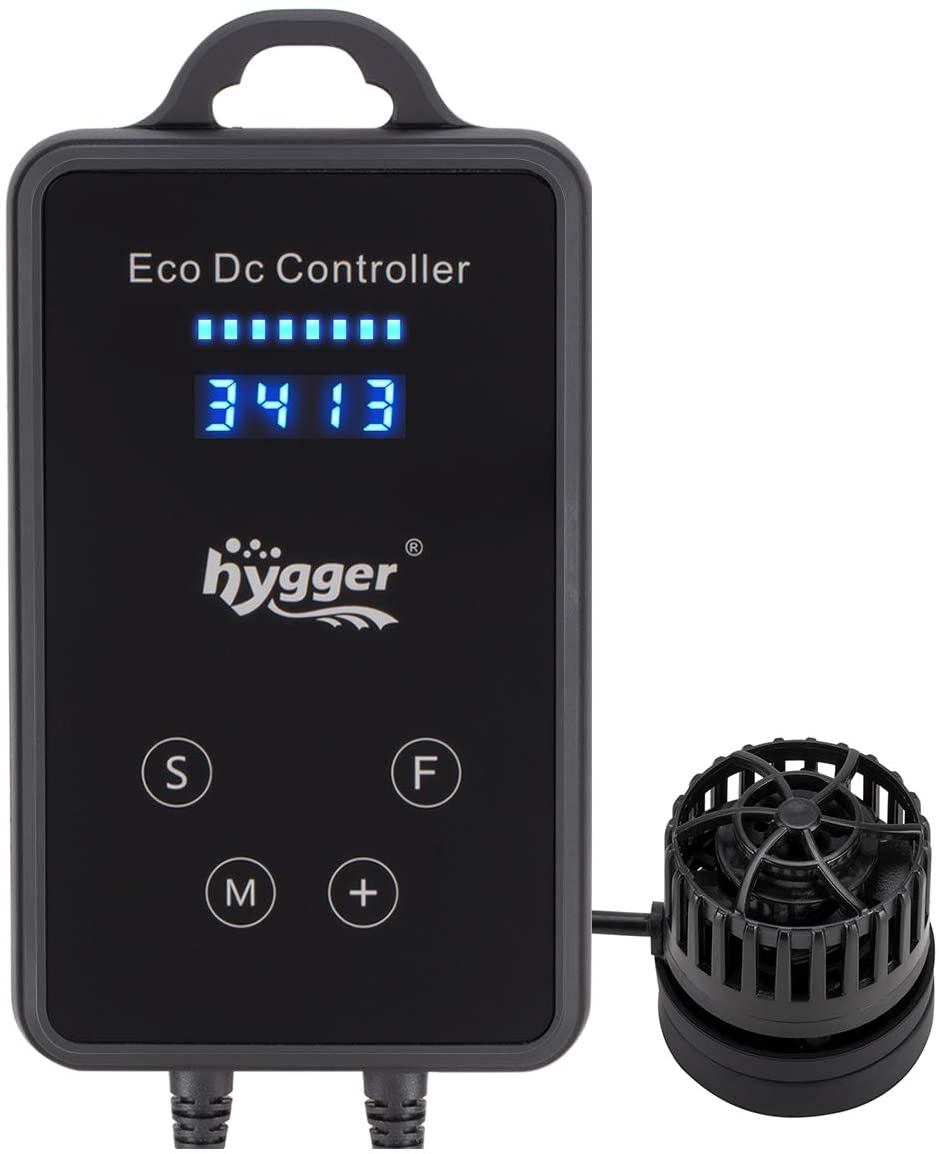 What is a wave-making pump?

It is also called a wave pump. The main function is to make the fish tank water “rotate”, imitating the creation of nature’s water flow so that the water flow in each layer of the fish tank will not appear stagnant area.

However, when the fish tank reaches a certain length, there will be an area where the filtered water cannot reach, which is often called the still water area or stagnant water area.

If you use a filtered fish tank, you will see visually that except for the lower water area, all other areas will have a static water floating, garbage and sediment accumulation phenomenon.

The sediment deposited in the still water area will gather with the dark flow to the suction port and be sucked into the filter, so that the filter can treat the water more effectively.

In addition to a large area of water flow, the pump can also produce a localized flow effect. For example, the growth of seawater organisms requires high flow of water, so it is necessary to install the flow pump at multiple angles to meet the growth needs.

Wave pump is actually not used in freshwater tanks at the beginning, but for seawater tanks, in order to provide corals to simulate the living environment of the sea. With the aquarium extensive contact with ornamental fish population increased, feeding a variety of species, and wave pump also began to be widely used in a variety of freshwater fish tank.

What are the advantages of wave-making pumps?

Wave pump is generally widely used in large fish breeding, these fish in the wind and waves in the aquarium environment is easy to cause short and thick, obese, not conducive to maintaining a beautiful body, then, with the wave pump can create artificial water flow, waves, so that the dragonfish in a river-like environment, the fish will move against the current environment, waving swimming, long-term forced movement helps to enhance the fish’s physical fitness, reduce the occurrence of disease.

If the fish tank is more than 1.5 meters, then the suction power of the overflow area is not enough to completely suck away the fish waste and residue, the circulating water flow formed by the wave-making pump can assist in accelerating the flow of fish poop to the pump suction port and play the role of poop sucking.

03 Wave-making pump can reduce the fight of mixed breeding

04 can play a role in increasing the fin tail

Increasing the current running and forcing the chinook to move at the same time as the chinook. The fins and tails are stretched and moved, which can effectively make the heptapods grow.

How to place the wave pump?

What time should the wave-making pump be turned on?

If your tank is 1.5m, where should your wave making pump be placed?

A 15cm fish tank wave pump should be set at the opposite of the overflow area, which is 10cm to 15cm away from the bottom of the tank at a 45 degree angle. Wave pump is a practical equipment in fish tank, not only can create artificial water flow, but also can make the water dissolved oxygen greatly increase, which is beneficial to the growth and development of fish.

What position should wave pump be placed in under the fish tank filter?

Filtration fish tank wave pump is located in the upper water level parallel to the triangle overflow area, so that the fish poop deposited at the bottom of the tank will be brought into the filter near the suction port and will eventually be sucked away, and the wave pump allows the water to collide with the fish tank glass, thus creating a weak layer of surface water flow, and the fish will be able to play freely on top of this layer of water. 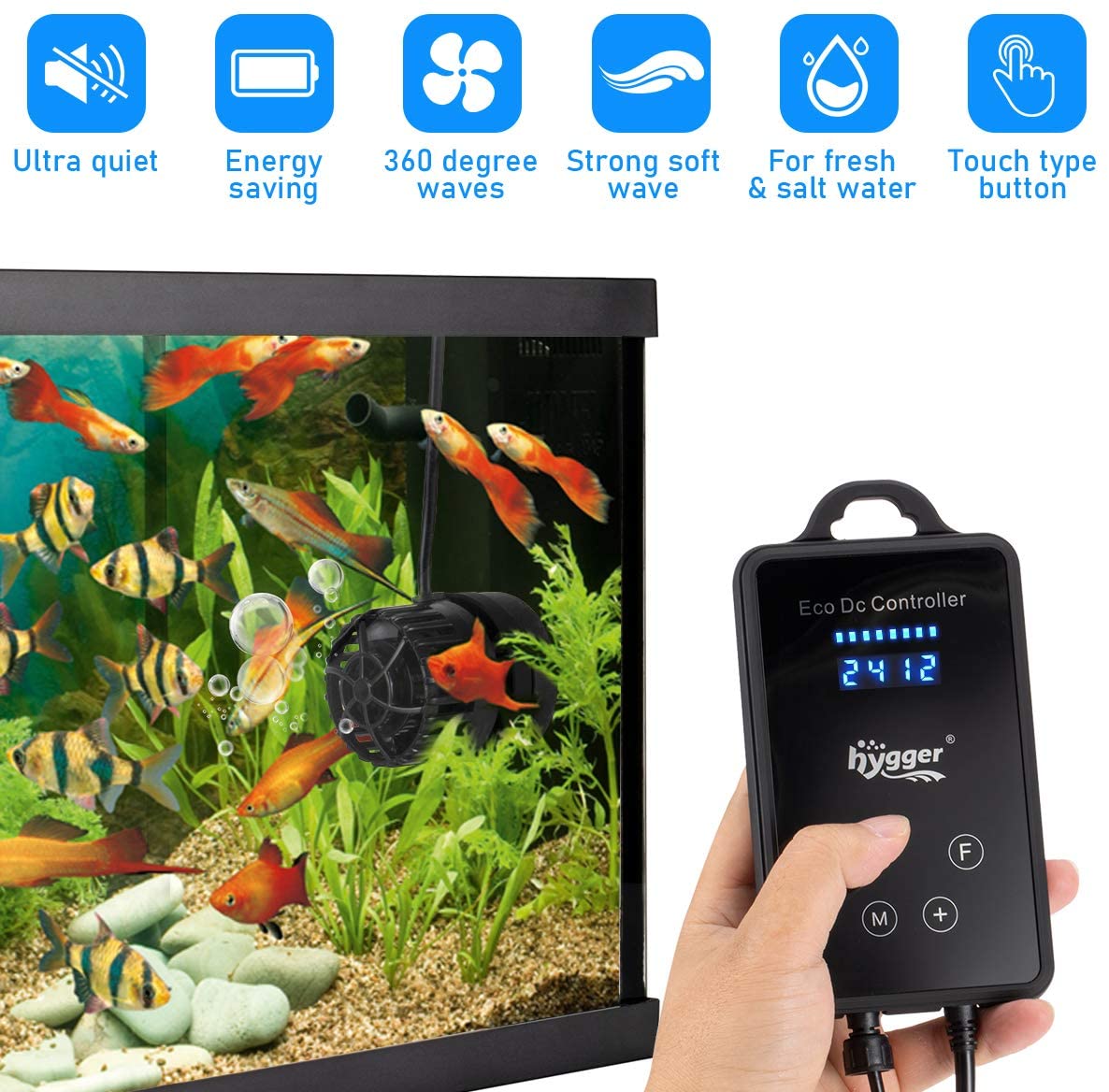 【Good Magnetic Mount】black small compact size wave maker pump, comes with magnet suction base, very easy to install and hide, it can hold on a tank with glass thickness up to 4.7inch. Must be fully submersible in water, suggest to place the wave maker at 5.9″ to 7.9″ under water. Magnet mount base is coverd in a rubber sleeve to prevent scrapes on glass tank

【Multi-function Controller】this aquarium wave pump comes with an external led digital display controller with touch type buttons. You need to set it to local time before use, the controller divides a day into 5 time intervals and each has different preset wave. If you don’t like the preset waves, you can set it by yourself, there are 4 wave modes, 4 wave working watts and 8 wave making speeds for chioce

【Ultra Quiet Wavemaker】this inverter wave make powerhead is very quiet and energy saving.Mini size but very powerful to make waves in water, when contrast to traditional wave makers, it makes soft waves and waves is 360 degree diffusion. So you will hear almost no sound when it’s working, sound lower than 30dB

【Ultra Quiet Wavemaker】this inverter wave make powerhead is very quiet and energy saving.Mini size but very powerful to make waves in water, when contrast to traditional wave makers, it makes soft waves and waves is 360 degree diffusion. So you will hear almost no sound when it’s working, sound lower than 30dB

Wave maker is very important for small aquariums, especially for saltwater tanks, it can balance the flow and create good circulation in the tank, avoid dead spots that can lead to the accumulation of excess organic matter, create water current for the corals and plants, make fish more active. 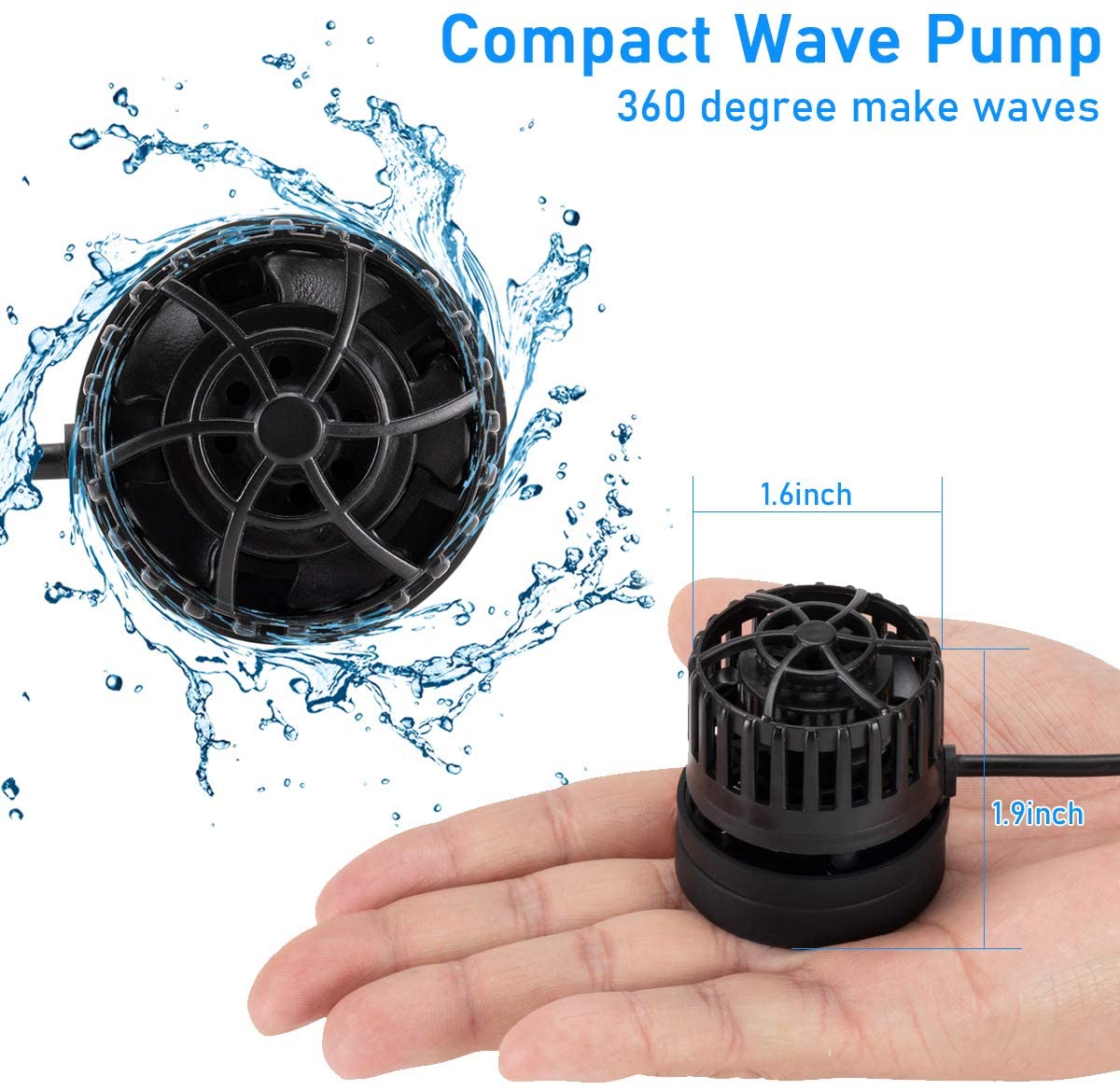 Black Friday is coming, hygger Quiet Magnetic Aquarium Wave Maker is a great deal, anyone who chooses a product before the 24th of this month you can participate in the 20% off members-only discount price, why not pick one and give your fish more security!