How To Lower Ammonia In Fish Tank

How To Lower Ammonia In Fish Tank? Fish hobbyists are scared of even the slightest sign of ammonia. So if you smell something that smells like cat urine, and your fish are sleepy, gasping for air, or having redness around the gills, then you should probably test whether or not you had ammonia in your fish tank.

Why ammonia is so scary to a fish hobbyist? In today’s article, we are going to discuss: What is ammonia? What causes ammonia? How can we remove or prevent ammonia?

Ammonia is a chemical compound that is often the byproduct of rotten organic substances and common fish waste in the fish tank. Even the smallest amount of ammonia can be lethal to your fish. Because of this, it is important to fully cycle a new fish tank and establish a biological filter.

Ammonia, however, is the first step in jump-starting the nitrogen cycle in a fish tank.

Why it is important to reduce ammonia in your aquarium?

The causes of ammonia are more or less the same as that of nitrate because ammonia is transformed into nitrite and then into nitrate by different kinds of beneficial bacteria. The die-off of organic matter, fish or plants, overfeeding, overstocking and poor fish tank maintenance can all contribute to the buildup of ammonia.

How can we remove ammonia?

I don’t believe there is any other way that is easier and more effective than water change in your aquarium. In order no to stress your fish and invertebrates, you can change 50 % of the fish tank’s water and test the parameters the following day; if you still find the presence of ammonia, change another 20 – 30 % of the water and retest the parameter the next day.

Using beneficial bacteria is not the fastest way to lower your ammonia level in the water. It’s more like keeping the nitrogen cycle working. Like I mentioned above, the two different kinds of beneficial bacteria will transform the ammonia into nitrite and then into nitrate.

Filter media can provide extra space for beneficial bacteria to grow. However, if the filter media is trapped with lots of detritus, it needs to be cleaned gently in tank water. 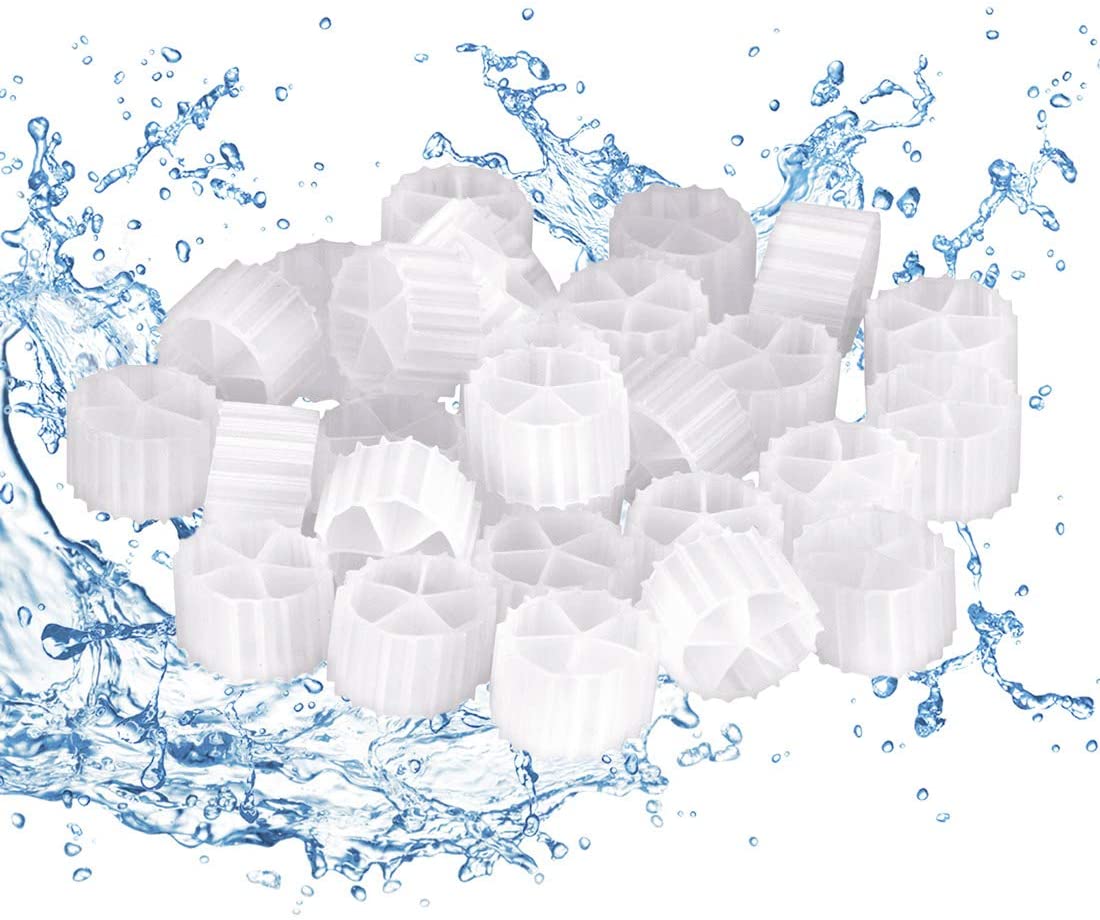 Chemical supplements and conditioners also come in handy in terms of removing ammonia.

How long does it take to lower the ammonia?

If you just start cycling the fish tank, then it will take around 1 – 3 weeks for ammonia to show itself on the test kit before nitrite and nitrate present.

If you experienced a sudden spike of ammonia, it might take you 1 or multiple water changes before it went normal again.

You should figure out the reason for high ammonia in your fish tank and deal with it accordingly.

How to prevent ammonia in your fish tank?

There is a couple of methods to prevent ammonia in your fish tank:

You can test the water even before it was added to the fish tank.

It is of great importance to test the water regularly with a test kit in the first year when you just set up a fish tank.

Live plants use nitrite as a nutrient to grow new leaves. There are many benefits for us to keep live plants in the fish tank. Get a planted fish tank if you can.

Those are very useful tips for you to reduce ammonia in your aquarium. Ammonia can harm your fish so you should regularly check it with water test kit. Also, ammonia levels can suddenly rise to a spike before any permanent solution was taken, you should do a partial water change or use neutralizing drops for the time being.

Related Article: How to Lower Nitrates in Fish Tank