How to Cycle a Fish Tank

What is the fish tank cycle?

“Cycling” refers to establishing bacterial colonies that regulate your nitrogen cycle, the conversion of ammonia to nitrite to nitrate.

The process of cycling a fish tank begins by adding the required equipment. It is also necessary to add two or three hardy fish to the aquarium. These species are suited for a tough environment, and their waste helps to culture beneficial bacteria and cleanse the ecosystem. A stagnant water condition can cause stress in fish and accelerate the growth of algae. The process should take at least eight weeks to complete. But if your fish die before the cycle is completed, you can always use a chemical treatment to remove the ammonia. 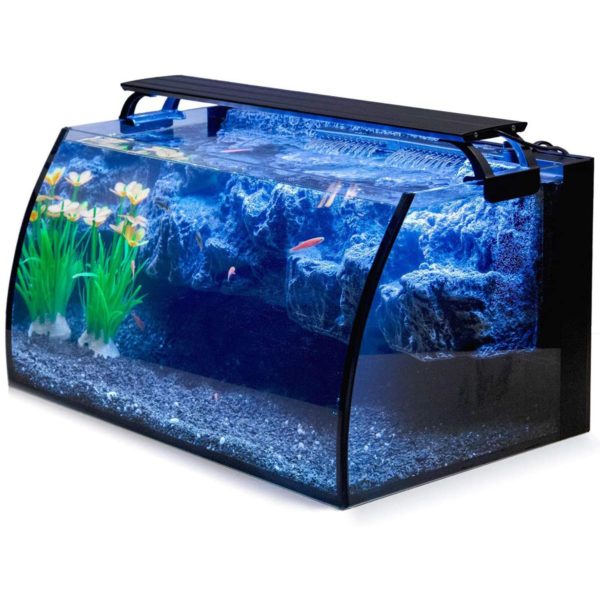 During the process of cycling, the ammonia and nitrite levels in the water should be zero.
To avoid these dangerous levels, the water in the tank must be purified. Often, the water that is used to fill the aquarium should be treated with a de-chlorinator. The presence of chloramine will kill the bacteria that feed on ammonia. Besides this, the freshwater should be cleaned daily with a vacuum. Excess food will only add to the ammonia and nitrite.

During the cycling process, nitrite concentrations should be controlled.
Nitrites will be reduced to less than 2 mg/L. The next step is adding the fish. But it is important to remember that the addition of fish will delay the cycle. This will result in a higher concentration of ammonia in the water, which can kill your fish. If you add the new fish before the cycle is completed, you will have to wait four to six weeks.

Besides, there are some more specific ways to help your fish tank to build an ecological circulation system.

Cycle a fish tank with an ecological circulation system

1. Buy fish for the recirculation system

Figure out the nitrogen cycle of your new tank. The nitrogen cycle is also called the nitrification cycle. This process turns toxic nitrogenous waste materials into less harmful components, and during this cycle, the tank generates beneficial bacteria that allow fish to live healthily and comfortably.

To explain further, fish produce ammonia, which can be harmful to fish when it reaches a certain concentration. However, the fish tank produces Nitrosomonas bacteria that react with the ammonia and transform it into another harmful substance, nitrite. However, this recirculation device cultivates nitrifying bacteria and various other bacteria and converts nitrite into relatively harmless nitrate. 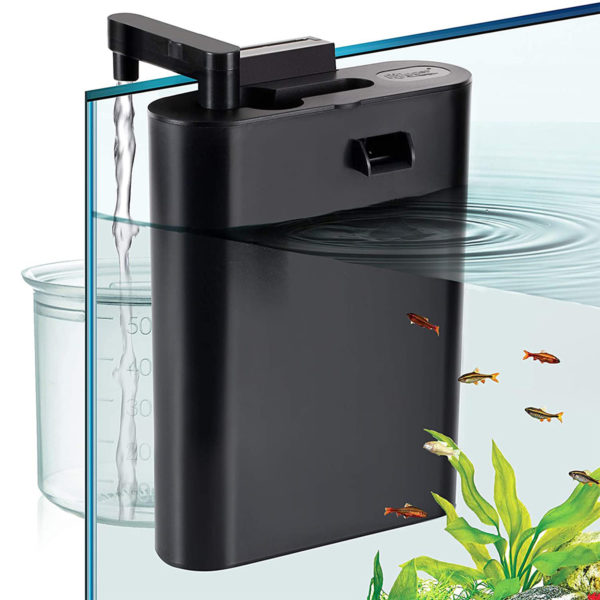 Fish tanks are made up of small groups of fish that can be kept starting with zebrafish and white cloud fish. Barbel fish, such as tigerfish or cherry lamprey, will do well in a slightly more aggressive environment. Don’t keep goldfish, especially feeder goldfish, which are particularly susceptible to infection when kept in circulating tropical water temperatures.

3. Buy a certain number of fish

The number of fish depends on the size of the tank and the type of fish. If you buy too many fish, you will produce a lot of waste, which will lead to many potential water quality problems during the cycling process.

The approximate rule is to buy two to three schools of schooling fish for the whole cycling process for a tank of 38 to 75 liters of water.

Put the fish in the tank. In this cycling device, feed the fish carefully and know what they need. Excess leftover food will rot and cause the water to become dirty.

Of course, you can also add some ammonium chloride to the water yourself for a fish-free cycle. If you are afraid that the fish you buy is not strong enough to survive in this circulation system, you may choose to add some chlorine to the water yourself. If you cycle this way, keep a close record of the chemical balance to better grasp the amount of ammonia added each day.

Check your bio filter media, a part of the tank that produces bacteria that break down ammonia and nitrites. The filter can also filter out organic decay, excess food, harmful chemicals, and fish excrement. Make sure your aquarium filter system is running smoothly and should not be clogged in any way.

This is very simple when you change the water, you don’t need to move the fish out of the tank. Just change 10% to 15% of the water in the tank and then put the dechlorinated tap water in it.

Remember that if your tank is a bowl or vase tank, you have to change the water more often than a normal tank.

After a week, you should check and test the water sample. You can get a water sample from your tank and take it to your local fish store for testing. Most pet or fish stores will charge a small fee for the test, or they may test your water for free. The water should be at a high concentration of ammonia and trace amounts of nitrite (even though the nitrite may evaporate after a week).

6. Add some substances that can neutralize the toxicity of ammonia

There may be high concentrations of ammonia during the cycle, and ammonia can overstress fish and even cause them to die. Try to make your fish feel comfortable and happy during this cycle. Go to a brick-and-mortar store or buy a little ammonia neutralizer online. This neutralizer will neutralize the ammonia eliminated by the fish and, crucially, get rid of its toxicity, but it will also leave behind elements of the ammonia-containing material that are conducive to continued bacterial growth.

Using a neutralizer can interfere with water quality testing because it can produce false negative or positive values. If you use a neutralizer, it is recommended that you take a water sample to your pet store for testing.

7. Keep in mind that this cyclic process takes six to seven weeks

Ammonia levels may spike, then drop sharply when nitrite bacteria are produced. Then after the nitrite bacteria appear, the nitrite level will rise. When the nitrate level is at its highest, with just a little ammonia and nitrate left, the cycle is -completed. Remember that in some cases it only takes two weeks to cycle, but at other times, especially when the water temperature is below 21 degrees Celsius, it can take more than eight weeks to complete.

8. Be sure that the cycling process is completely complete

After 6 to 8 weeks, take another water sample to the pet store or fish store to test for nitrate, nitrite, and ammonia. You can buy an ammonia kit, a nitrite kit, and a nitrate kit to test for various chemicals in the tank. Usually, each kit costs around $30-$60. Don’t buy any more fish before you are sure that the whole cycle is complete. This is because too many fish will create more discharge and make the ammonia level too high. If the nitrite and nitrate bacteria are not fully formed, they may not be able to deal with the dramatic increase in ammonia, causing the fish to become anxious or sick, and in particularly severe cases may die.

It’s really important to add a little fish each time the tank completes its cycle, just a little at a time so that it doesn’t cause nervousness in the fish already in the tank and also minimizes the effect of the ammonia level on the new fish that come in. Adding a few fish at a time allows the bacteria to adjust themselves to the slightly elevated ammonia levels in the tank.

At this point, we have essentially completed the construction of the “recirculation system”, which will be stable over time with weekly water changes. However, there are still some potential “semi-hazardous substances” (nitrates) in such “good” water, if they accumulate too much for a long time, they will be harmful to the fish, so we must dilute them through regular water changes to maintain The “good” water is stable.