For what purpose use carbon dioxide in aquarium

Carbon dioxide can be used to supplement nutrients for plants and it is the key part of the photosynthesis process. Plants would take in carbon dioxide and water, then produce oxygen in the water. Carbon dioxide injection plus ideal lighting and fertilization are beneficial for plants thriving in tanks. Facing carbon dioxide shortage, plants would appear pale leaves, pale stems, and grow slowly.

Besides that, carbon dioxide limits algae growth. As we have mentioned, plants can grow well with ideal lighting, fertilization, and carbon dioxide injection. However, if the three factors are imbalanced, algae would take dominance in your tank. But excessive algae is not good for your fish tank. When your tank suffers carbon dioxide shortage, replenishing it will improve plant growth and limit algae growth.

How to increase carbon dioxide in aquarium

As long as there is adequate room for fish, you can introduce more fish to your tank. Because fish would release carbon dioxide, which can meet the requirements of some low-light to medium-light plants. 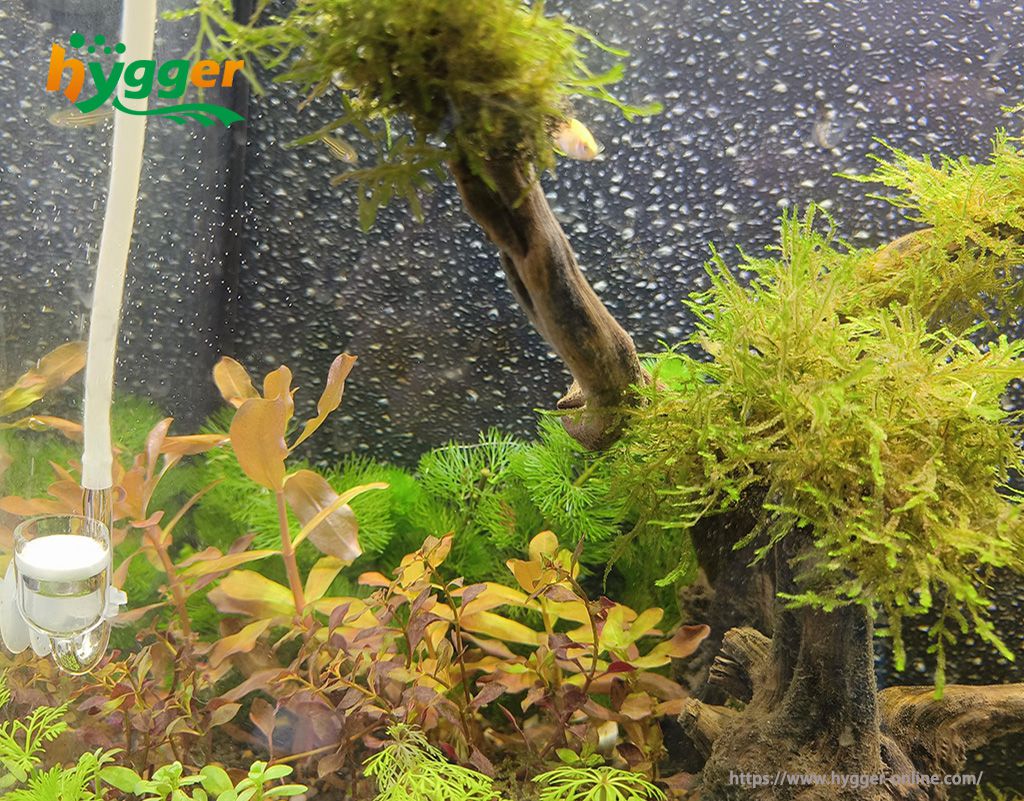 It is effective to use pressurized carbon dioxide bottles. But you need some pieces of additional equipment, such as a valve (adjust the carbon dioxide injection rate), a diffuser (break down the gaseous carbon dioxide into bubbles), and a tube (connect the valve and diffuser). As for carbon dioxide bottles, you can choose one favorite size according to your needs. For example, if you have a large aquarium, a large one is money-saving. But do not forget to get a correct adapter.

How to use carbon dioxide

PH value is a measurement of the level of acid or alkali in the aquarium water, which ranges from 0-14. A value below 7 means acid, while above 7 refers to alkali. Generally, the pH value would decline as carbon dioxide increases in the water, and vice versa. If there is calcium, potassium, sodium, or other alkalis, carbon acid can be a solution to lower them. Carbon acid is a compound of carbon dioxide and water, which is neutral acid. And dissolving the carbon acid in the water would change the pH level. 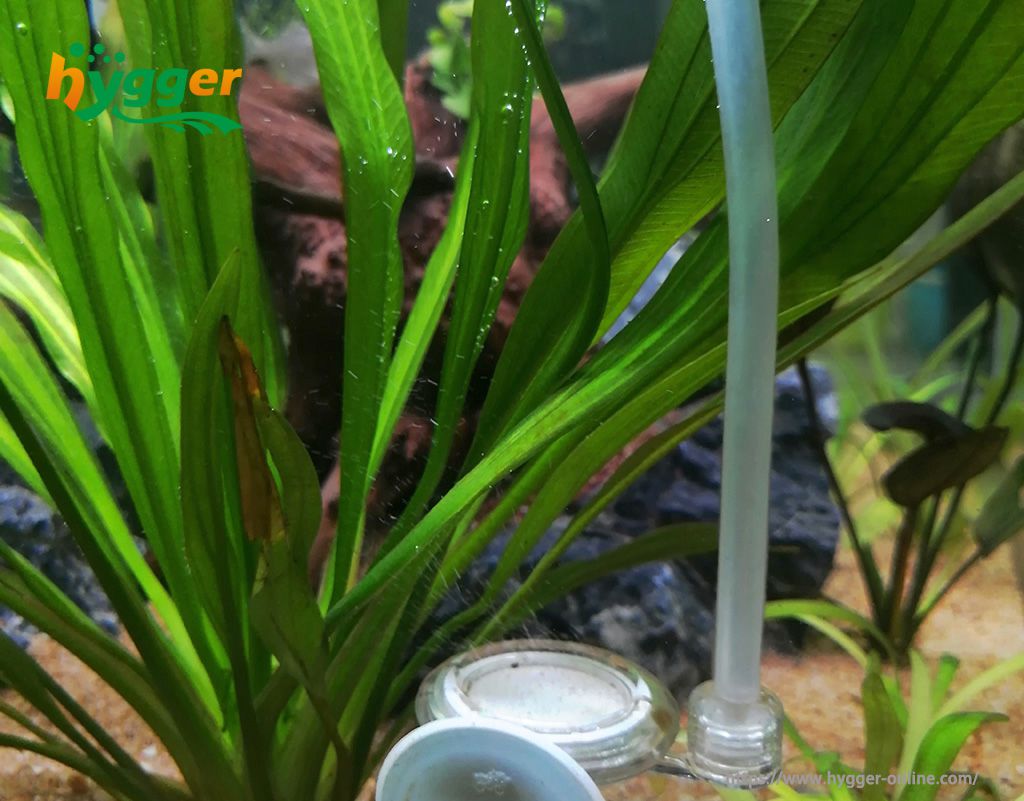 In general, the lower the light requirement, the less carbon dioxide needs. For instance, if your tank has high-light plants. Carbon dioxide injection would be necessary. But excessive carbon dioxide is toxic, which will bring a handful of detriment to your tanks. In general, you should follow “30 ppm for one liter of water”. Then what are the signals of too much carbon dioxide?

In addition, you should test the pH level regularly. For instance, once a week. An aquarium water test kit is one easy and convenient method to read the results of the pH level. Just dip one touch test strip into the aquarium for 2 seconds and wait for 30 seconds, then you can read the result by comparing the colors of the pads to the color chart.

If there are fish in your planted tank and you don’t know whether they need carbon dioxide or not, you can go to the topic Do I Need CO2 in A Planted Tank with Fish first.

That is all for today. For more additional ideas about carbon dioxide in aquariums, please feel free to share them in the comment, we’re happy to receive your sharing. Finally, thanks for your reading.